Cycle tourism in Versilia: 5 routes to try and … many others to invent 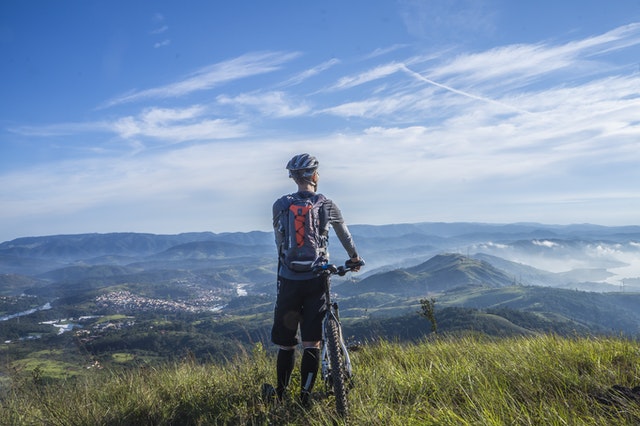 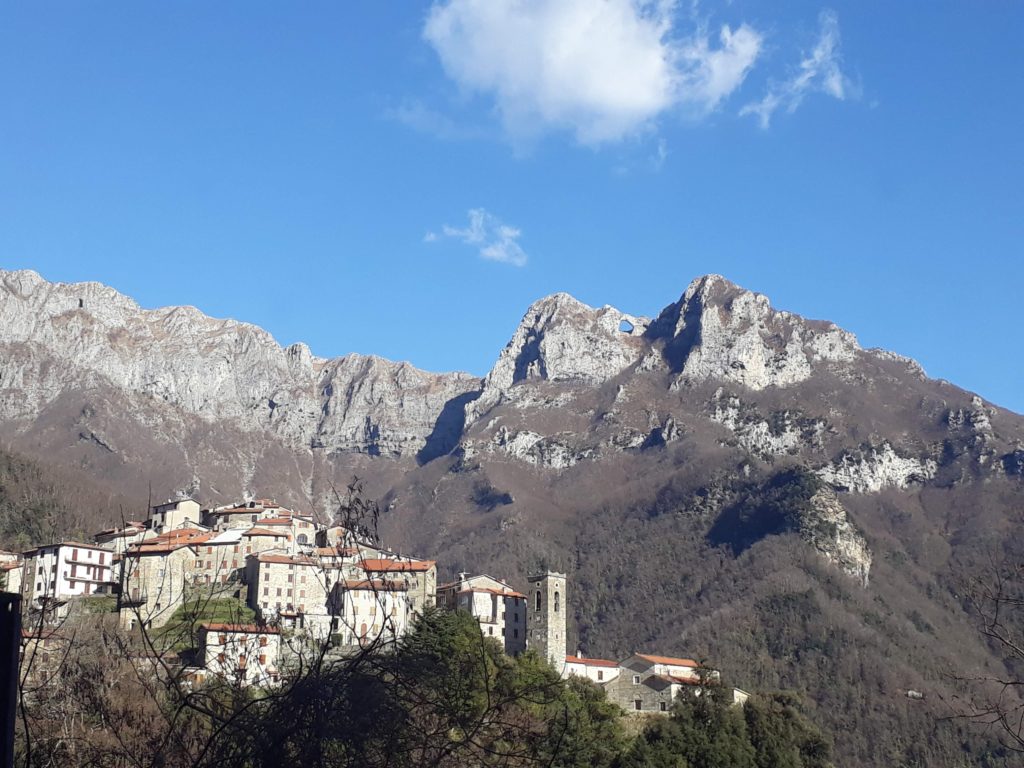 Cycling in Versilia: 5 routes to try and many others to invent

If you are a cycling enthusiast, here with us you have found a territory full of possibilities for your passion!

Cycling is a much loved and practiced sport in Versilia and the geographical conformation of the territory allows you to vary the itineraries from the sea to the hills to the beautiful Apuan Alps, which has few equals in Italy.

There are 3 international level competitions that take place in these parts: in addition to the Giro d’Italia (which often reserves a stage here) also the Gran Premio Città di Camaiore and the Gran Fondo Della Versilia and the Tirreno Adriatico, which are events international level cycling.

As an example, we present you 5 cycle-tourist routes, always advising you to check their feasibility and to be accompanied by expert guides (ask for information about our guides!) both for those who include dirt roads and mountain paths and if you are not very experienced in the area.

28 km of simple nature trail, all flat on asphalted ground, cycle path and dirt road. Starting from Viareggio it is 20 km long. Possibility to arrive up to Torre del Lago Puccini

Start from the pier of Marina di Pietrasanta and walk along the Lungomare on the cycle path that reaches Viareggio, crossing the district of Motrone, Focette and Lido di Camaiore. At the end of Lido di Camaiore, you will find the Fossa dell’Abate canal and pass it on a small bridge, then the cycle path starts again along the entire Viareggio Promenade (3 km). The cycle path ends at the Burlamacca canal, beyond which you can see yachts and shipyards. 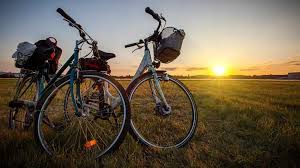 Turning left on Via R. Pilo , you arrive at a traffic circle, take the first exit and cross the small bridge over the canal: you are in Via Oberdan . Continue until the traffic light and, continuing straight, you will be on Viale dei Tigli that will lead you to Torre del Lago.
Walk along Viale dei Tigli in the middle of the Levante Pinewood which is part of the Macchia Lucchese, one of the 7 estates of the “Natural Park of Migliarino, San Rossore and Massaciuccoli”. The cycle path remains on the right for the entire length of the Avenue. Halfway along the avenue you can see the entrance and the park of the Villa Borbone, built in 1850 by Maria Luisa di Borbone, Duchess of Lucca.
After 5.3 km, follow the cycle path which turns right along Viale Kennedy towards Marina di Torre del Lago Puccini. After the cycle path, 300 meters before the roundabout on the Marina, you have to cross the avenue and take a fairly wide dirt road on the left that leads to Marina di Vecchiano (after 4 km).
From here on you are in the middle of the pine forest among the dunes and lush vegetation. A small wooden roundabout delimits the center of Marina di Vecchiano: here you will find information signs on the vegetation and animals that inhabit the pine forest.
You are also on the border of the Tenuta del Duca Salviati, a private property of about 3000 hectares, which extends from the interior to the coast.

Taking the paved road in front of the roundabout, you can immerse yourself in a typical Tuscan costal landscape where cultivated fields alternate with the cultivation of ornamental plants.
Instead, continuing on the dirt road, you will arrive at the mouth of the Serchio river, after a few kilometers.

When you come back, arrived on Viale Kennedy, instead of turning right to return to Viale dei Tigli, you can continue for a few kilometers on Marina di Torre del Lago where there are restaurants and private beaches by day, night clubs and social life (also LGTB ).

Viale Marconi and then on Viale G. Puccini and arrive, after passing the town center of Torre del Lago, to the shores of Lake Massaciuccoli.
Here you will find, and it is possible to visit it, the Villa di Puccini and also the “Gran Teatro all’Aperto”, which in summer hosts the famous Puccini Opera Festival,the most important opera festival in Italy.

From the center of the town of Pietrasanta go towards Seravezza and, when you arrive in Vallecchia, take a road uphill to the right for Solaio and Vitoio.

Avoid a detour to the left (Castello locality) and, after about 1.5 km, near an old disused wash house, take a very steep branch on the right (recognizable by red arrows along the route), which, alternating dirt tracks with stretches paved, ends near a house.

From this point it is necessary to follow a very steep path with bicycle in hand which, in about 10 minutes, comes out on top of the hill (Villa il Colle locality) at m. 298 above sea level (4.5 km. Paths).Then turn left and take a narrow paved road that soon leads (with an elbow bend) on the road that leads from Pietrasanta to Capriglia. Follow this road slightly uphill that continues to climb for about 1 km even after the village, while after descending in the direction of the village of Capezzano Monte.
The road descends with several bends through olive groves and after about 5 km, reaches the town of Pietrasanta, the starting point of the itinerary.

If you want, from Capezzano Monte you can return to Pietrasanta through a dirt road (second detour left past the cemetery of Capezzano Monte), which reaches the floor near the Romanesque Parish Church of S. Giovanni and S.ta Felicita. This dirt road, initially flat, then descends steeply through olive groves in a southerly direction, until it turns into a path in the last stretch before the road.

Easy path in plain that develops along the avenue to sea for 12 Km.
Possibility to continue up to Lerici (SP) on a normal road in the plains and mountains for another 27 km. Panoramic road from Montemarcello to Lerici.

The start is in front of the pier of Marina di Pietrasanta on the bike path.
Continue in the direction of Forte dei Marmi and, still remaining on the cycle path of the Promenade, you arrive at the Pier of Forte dei Marmi. Continue and cross Vittoria Apuana, the last village in Versilia, , then Poveromo and Ronchi, until you reach Marina di Massa and its Pier, always on the Promenade cycle path.
Here, for the most trained, you can continue to Marina di Carrara, Marinella di Sarzana, Fiumaretta and Bocca di Magra, in the direction of Montemarcello (SP) for another 19 km, being able to reach Lerici (other 8 km from Montemarcello).
From Marina di Massa the cycle path ends and you can continue on a normal road and, starting from Bocca di Magra, despite the scenic road runs mostly along the sea, it is a mountainous route: the landscape is beautiful but the route has definitely another level of difficulty.

Possibility to make a shorter variation towards Camaiore for a total of 6.8 km
From Pietrasanta take the Via Sarzanese towards Capezzano Pianore; after 2.5 km, you reach a roundabout of new construction, turn left following the signs for Monteriggioni-Sant’Anna di Stazzema. After 2.5 km of steep uphill, you arrive in Monteriggioni and continue on a steep slope towards La Culla. The landscape begins to become panoramic.

It is possible to deviate for a simpler but very suggestive route, that is, at the crossroads, instead of going towards La Culla, go towards Montebello, in the direction of Camaiore for 3.3 km.
From here you walk along the slope of Mount Gabberi and you can see the whole valley of Camaiore, the road is all paved and in many places has been paved recently; the route alternates uphill and downhill sections.

Instead, if you continue towards La Culla, you will reach after about 16 km the village of Sant’anna di Stazzema, which is located 650 meters above sea level. Here, after the cemetery, there is the monument to the fallen of the Nazi massacre, for which the country is sadly known.

Continuing, follow slightly uphill the red arrows that lead to a dirt road downhill to the left. At this point follow the indications of the path n.3 of the CAI and you reach the end of the road in Argentiera.

Then, continuing on foot, turn left. After a rocky stretch in which you need to be careful, go up to the locality Case Zuffoni. After, the road becomes easier and you can get to Capezzano Monte (343 s.l.m.).
Always following the path n.3 of the CAI, enter a path and then on a dirt road crossing the village of Capezzano Monte up to the church. From here, an asphalt road of 5 km leads back to the plain to Pietrasanta.

Route of 60 km mainly in the mountains on asphalt road, very challenging, for experts.

Starting from Forte dei Marmi, head towards the village of Ruosina (100 mt. s.l.m.). From there climb to Levigliani (582 mt. s.l.m.) . Staying on the provincial road of Arni, continue towards the Cipollaio tunnel, 1 km long, dark and narrow. Arrived at Arni (916 mt. s.l.v.) you are in Garfagnana. After Arni and before the Passo del Vestito, you are half way (about 40 km).

After the Galleria del Vestito, there is a 20 km long descent that leads from 1000 meters to the sea, passing through the village Pian della Fioba, where there is a refuge (with the possibility of eating and sleeping) and the botanical garden of the Apuan Alps. Then the villages of Antona, Altagnana (excellent bread, focaccia and lard) until you reach the plain in the city of Massa. From there you go to the sea for 4 km to Marina di Massa, and you return to Forte dei Marmi after 10 km on the bike path.

See our agreement for cyclists who want to stay in Versilia or contact us by email at 0584.745806 or by email at info@hotelvillabarsanti.it

The Cinque Terre, an encounter between land and sea
Pietrasanta what to see in "little Athens"
Pisa and its Leaning Tower
Lucca and Hotel Villa Barsanti